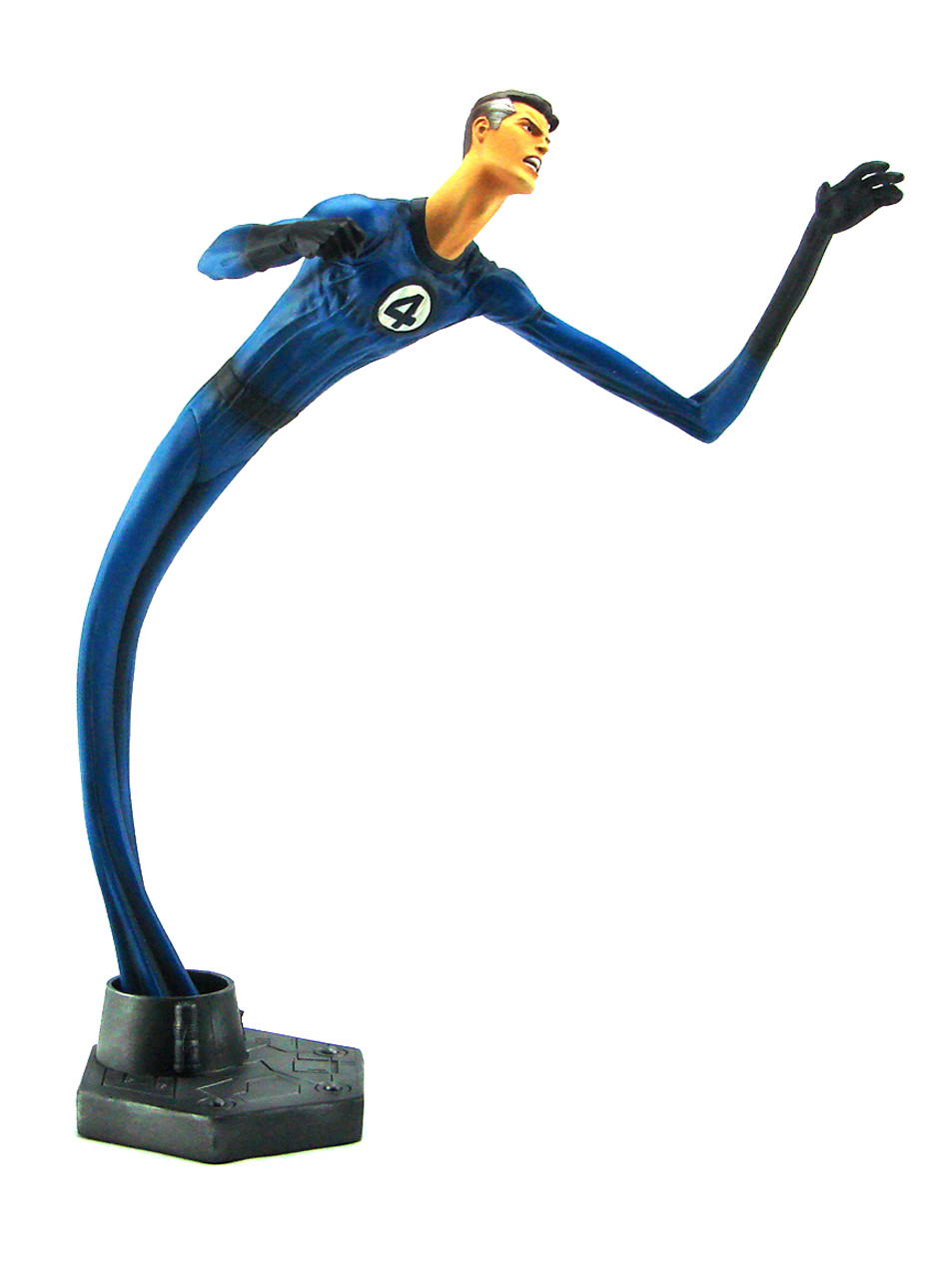 Released in 2001 and sculpted by Randy Bowen. This Reed Richards Mr. Fantastic is a limited edition run of only 4000 worldwide, but is noted on the bottom of the base as a rare Artist Proof. Bowen Designs continues their Fantastic Four statue series (begun with The Thing and Invisible Woman) with their latest release, Reed Richards, a.k.a. Mr. Fantastic! He's the brains of the FF, coming up with all of their super-science gadgets and vehicles. Stretching his rubbery frame, the 14" tall Mr. Fantastic is ready for battle - and his base can be combined with the previously released Thing and Invisible Woman statues to form a massive action diorama! Designed by Randy Bowen and sculpted by Tony McVey, this statue is painted and ready to display, and features an illustrated collector's box.