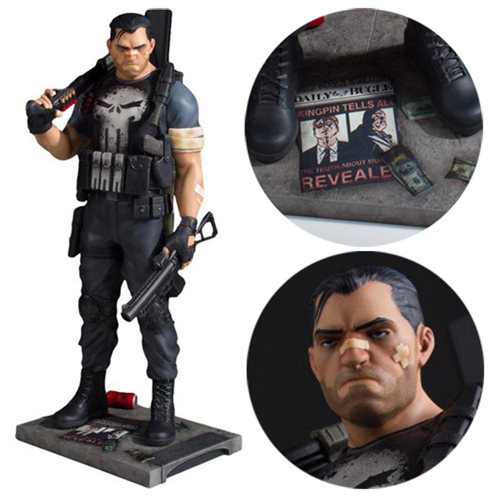 Frank Castle, better known as The Punisher, has seen the worst this world has to offer, and he has made it his mission to end it. Armed to the teeth, this Collector's Gallery statue shows the world weary Punisher between missions as a one-man-army. It is clear from his look that a battle has gone on before and he is now prepared to settle that score. The Punisher Collector's Gallery Statue has been digitally sculpted down the smallest detail, and hand-painted by the amazing artisans of Gentle Giant Studios. This 1:8 scale statue of The Punisher is the 5th in the Gentle Giant Marvel Collector's Gallery statue line. Comes numbered with certificate of authenticity.

Browse these categories as well: STATUES/BUST, FEATURED PRODUCTS OF THE MONTH