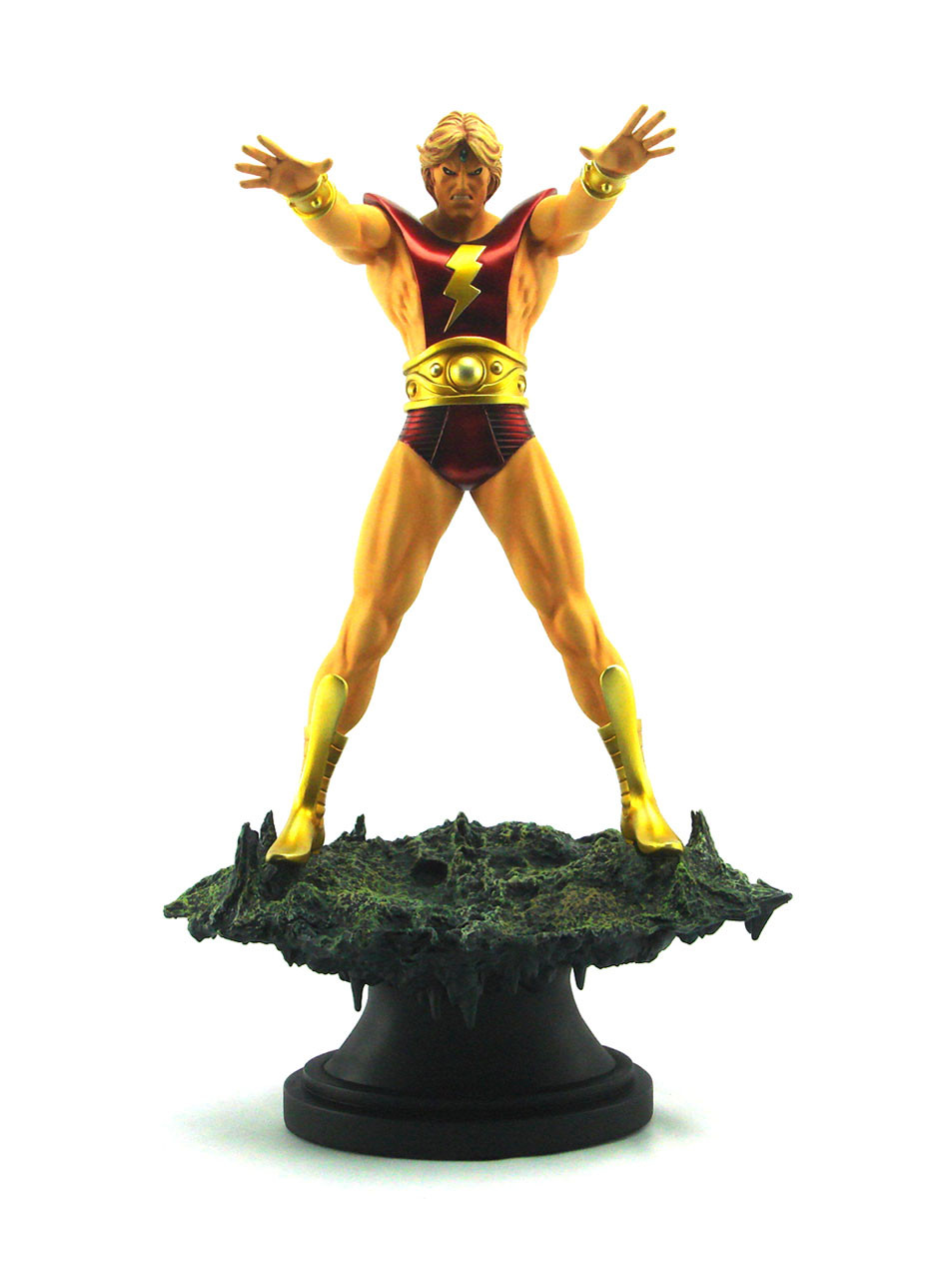 Released in 2012 and sculpted by Khurram Alavi. This Original Warlock Statue is a limited edition run of only 270 worldwide. This one is a very rare Marvel Sample of which only a handful exist. Adam Warlock was created by Stan Lee and Jack Kirby and made his first appearance in Fantastic Four #66, hatching from the Beehive. But Jim Starlin is considered to be the definitive Adam Warlock writer, defining his personality and writing the acclaimed stories. The "Starlin Issues" have been reprinted several times by Marvel Comics. Warlock's adventures are many and to many people, very confusing. But in our opinion, Warlock is one of the coolest characters in the Marvel Universe, at least in appearance, and about time he has been resurrected in statue form.